Locarno and its history cannot be understood without the Castle. The Visconti Castle is the main historical and monumental evidence of the city. A fortress has probably existed since ancient times, certainly since the Middle Ages. In the Renaissance (15th century) it was used by the counts Rusca, who were feudal lords of the Dukes of Milan. The castle was then located on the lakeshore and had a large, fortified harbour. At the beginning of the 16th century, after the French conquest of the Duchy of Milan, it was the theatre of battles against Swiss soldiers. It was reinforced in 1507 with the construction of the “rivellino”, a bulwark that can be attributed to Leonardo da Vinci. After the Swiss conquest of the Locarnese area (1513), much of the castle was demolished and only a tower and the residence standing were left intact. The latter was used as the headquarters of the bailiff of the sovereign cantons. In 1549, in the halls of the castle, the dispute between the Reformed community and the Catholic authorities, a prelude of the exile of the Protestants Locarnesi in 1555, took place.

After the establishment of the Ticino Canton in 1803, the Visconti Castle became the district headquarter of the cantonal authorities. It housed the offices of the government commissioner and the praetorium. Until the early decades of the 20th century, it was used as a prison, but also as a school.

At the beginning of the 20th century, thanks to a growing historical and cultural sensitivity, the emphasis was placed on the monumentality of the complex. The mayor Francesco Balli contacted the architects Luca Beltrami (who restored the Castello Sforzesco in Milan) and Ambrogio Annoni, who recommended its restoration. After that, there were some negotiations with the cantonal authorities. In 1921 the town acquired the manor, which was restored under the direction of Edoardo Berta between 1922 and 1926. In the 30s the castle became the new site of the Civic Museum. At the same time, it was also used as a venue for the city’s official receptions, welcoming national and international political authorities. 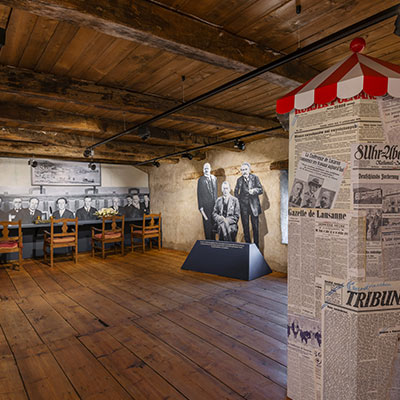 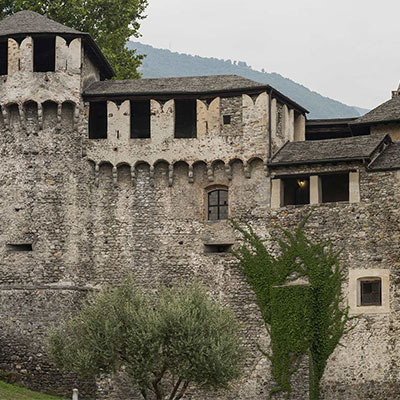 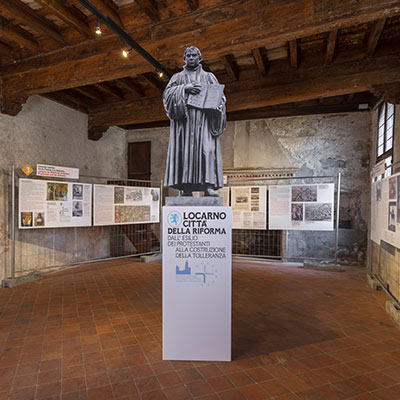